The waiting is over – the 14th IN THE PALACE International Short Film Festival has finally started. We survived the long, hot and busy day, but the night was even longer.

The day started at 11 o’clock with a short press conference at the beautiful gardens by the Stone Hall.

The program continued at 3 o’clock with the First International Film Competition block. We had the opportunity to see five short films: Design Thinking, Back and Forward Inc., The Ravens, Yulya and September. The films very interesting and different from one another.

In my opinion and that of many others who attended, the best and the most interesting film was The Ravens, a fiction film from an Australian director. 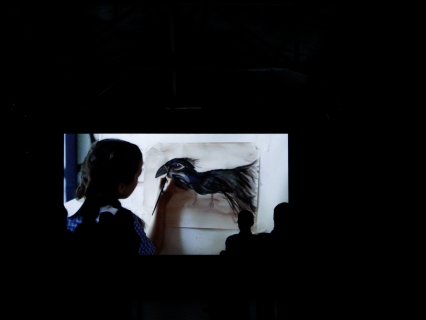 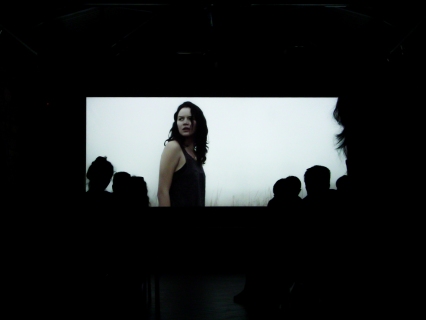 After we saw the first five films we discussed and talked about some questions that the films brought up.

The day continued with the Second International Film Competition block. In the second part of the screening, we watched 7 short films: Strings, Journey Birds, The Sled, Child Dream, Faith, Pedro and Last Act of a Dying Horse.

My favourite film from the second part was Strings, a Spanish animation. It was a very sweet and heart-warming film. The other films very a lot more serious and there were a number of different topics that were explored by the filmmakers, such as rape culture, migration and relationships between different family members. They were a mix between animation, documentary and fiction. 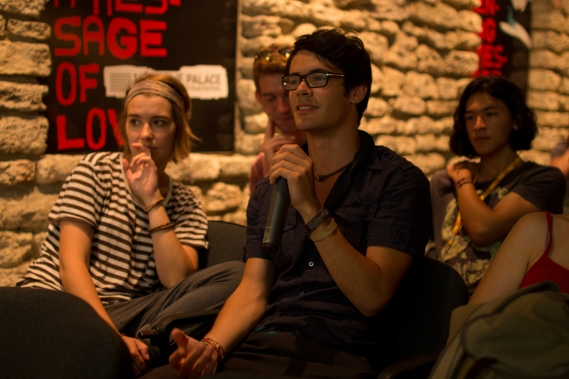 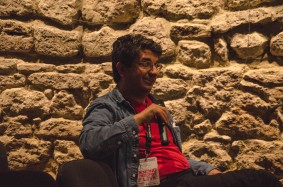 After the screenings, we had a discussion and we tried to find some connection between all the films and to see some similarities.

Once all the hard work was done we went to the party in the gardens on an open air stage. We are very lucky because Radio Nula will be in charge of the musical program during the whole festival. The first night we had the opportunity to meet two great DJ’s. The first one was DJ WOO-D, who is Slovenian bar, club & a bboy battle DJ. And the second one was young Croatian DJ called DJ Bijan.

I think we all had a great time in a beautiful location with funky music and in great company.

It was a great first day; I’m excited to see what else is waiting for us over the next seven!

Alja, 26, coming from Slovenia. Student of life, always yearning to learn, to improve myself. Lover of arts, appreciating beauty and esthetics. I studied cultural studies and anthropology and now I am here to learn about new cultures, meet people​ and to hear new storeys.